Posted by David Barnes on Friday, March 19, 2021 Under: Nightclubs
Las Vegas Nightclub Security. Vegas’ partying lineage is well documented. So much so that unfortunately the city had to create a tag line to tell people to keep their stories of drunken debauchery and alcohol fueled mischief to them-damn-selves. It obviously hasn’t worked. But since we’re partying Jedi Masters we thought we’d use our powers for good and help you learn about the best nightclubs Vegas has to offer. So grab your lightsaber (err-, 2.5-oz. shot glass) and get ready to party because these are the best nightclubs in Las Vegas.
Jewel at Aria Resort & Casino 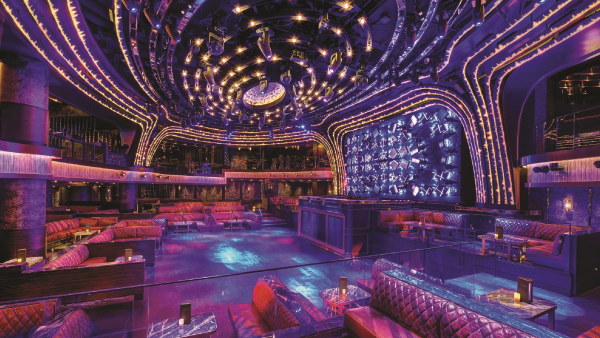 Calling something a “jewel” is a bold move. But the Hakkasan Group are bold people. You know those guys, they created the legendary Vegas nightclubs Hakkasan and Omnia. Not satisfied with only two successful nightclubs, they had to go for the trifecta. Spoiler alert: They totally knocked it out of the park. Jewel is more on the intimate side, which is totally refreshing because if this massive club trend continues we’ll wind up partying in two area codes. Jewel also takes the opulence up a notch. The dance floor is surrounded by granite VIP banquettes with leather upholstery and crazy huge dual-sided LED video screens that sync with the music. Yeah, we know where we’re going when we’re trying to get down.
Drai’s and Drai’s After Hours at The Cromwell 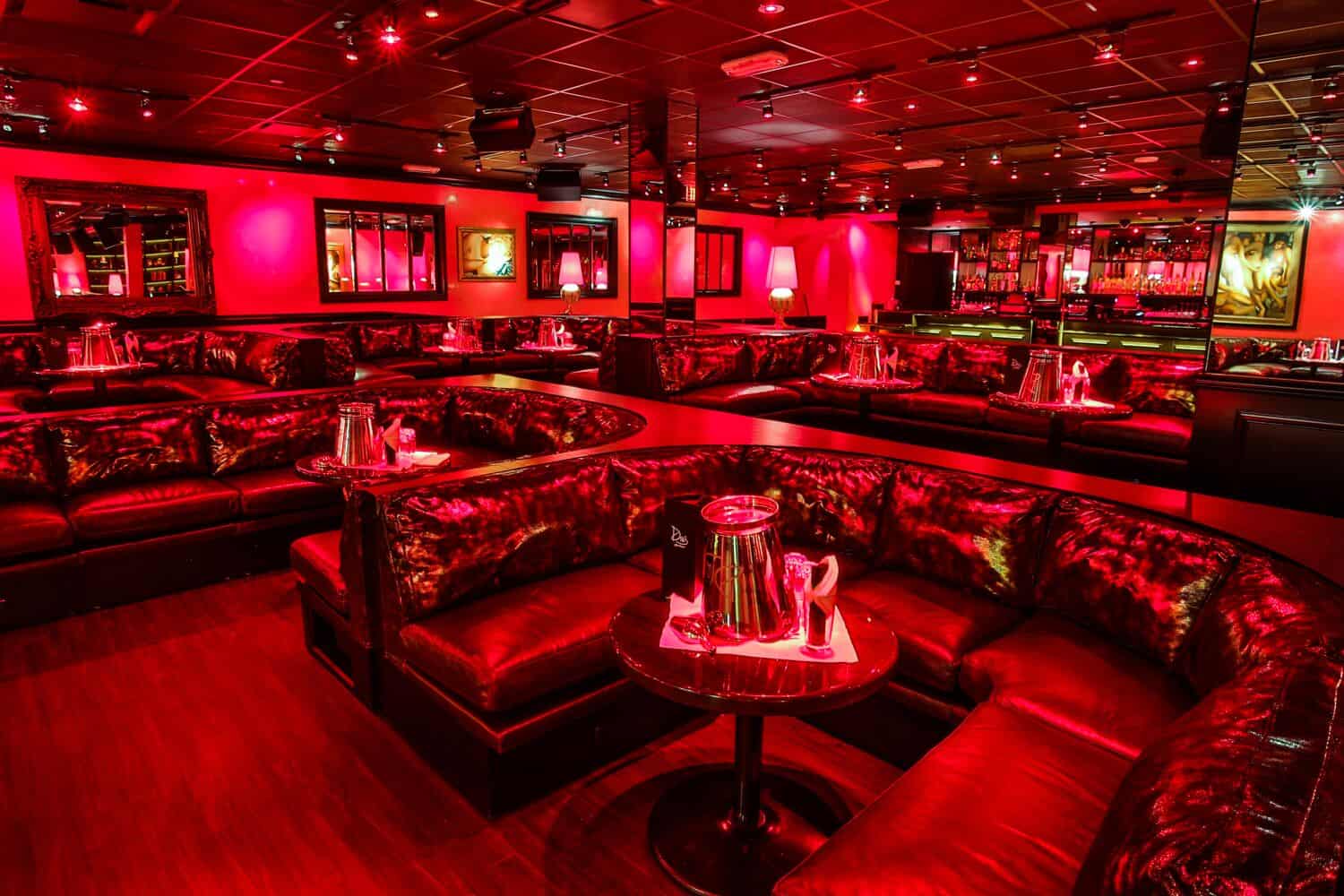 So we’re technically cheating with this one. We know that this is supposed to be a “top 10” list, but we just couldn’t break up these two. Drai’s and Drai’s After Hours inside The Cromwell are one of life’s classic pairings: the peanut butter and jelly of nightlife, if you will. And like any great tag team they play off of each other so well. Drai’s comes in and hits you with live music from artists like T.I., Travi$ Scott, Future, etc., before tagging in Drai’s After Hours to swoop you up and transport you to a little deep-house and EDM nightcap. Set against the backdrop of the Strip, It’s the perfect fire and ice situation where you bring the ruckus before winding down and trying to cuddle up with your boo-thang (Boo-thang not included).
Hakkasan at MGM Grand 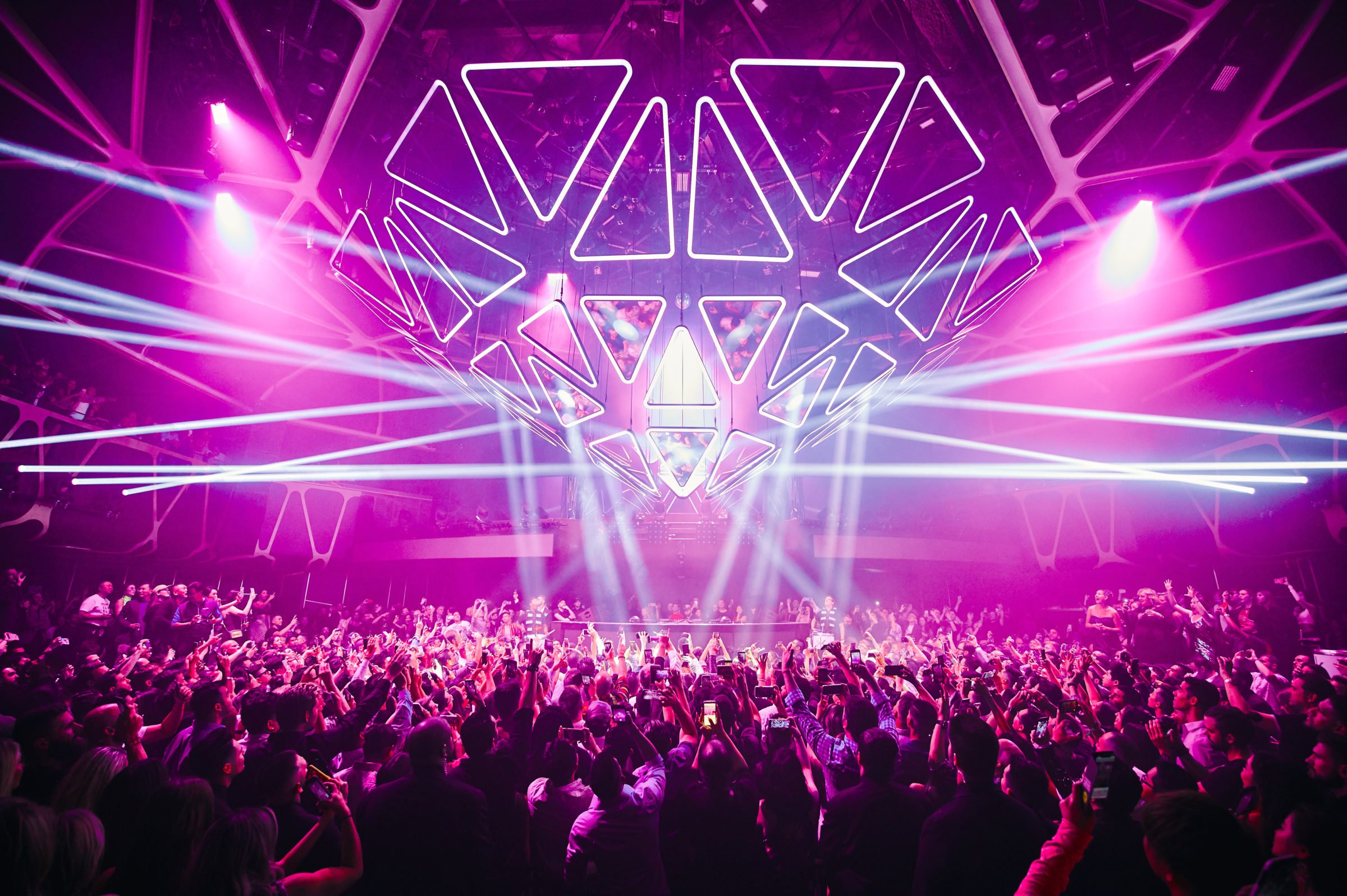 If you’ve never heard of Hakkasan, please allow us to advise you to move out from under that rock where you’ve been living. Seriously, this is the place that all the other clubs want to be like. #Popular. And why wouldn’t they? For one, the place is massive. Second, some of the world’s biggest DJs call this place home (Tiesto, Calvin Harris, Steve Aoki). Thirdly, the sound. They invest in the bump like McDonald’s invests in burgers. It’s utterly ridiculous how cool this place is. This place is literally what your friends think of when you tell them you were living it up at a Las Vegas party. Wow, that just blew our mind.
Light at Mandalay Bay 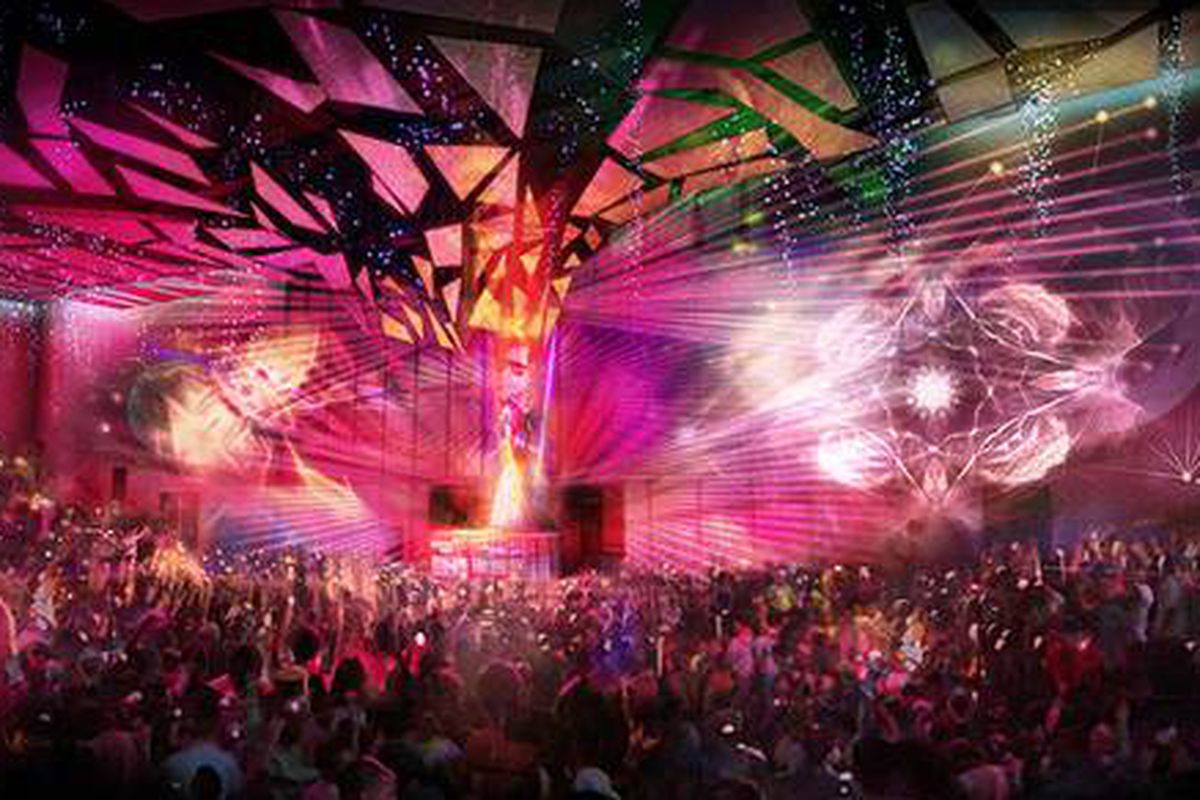 Have you ever been to a Cirque du Soleil show and been like, “this would be a trippy-ass party?” Thankfully, the crew at Light were thinking the same thing. You’re not gonna see the stereotypical go-go dancers or silk aerialists. No, these guys take the entertainment aspect of a Las Vegas nightclub to the next level by matching aerial acrobatics and themed tableaus with over-the-top tech visuals, costumes and makeup. James Cameron would approve. And the performances are so immersive that everyone in Light feels like they’re part of the show. If you’re ever in the position of having to choose between a show or partying, don’t pick a side- Light gives you both.
Marquee at The Cosmopolitan of Las Vegas 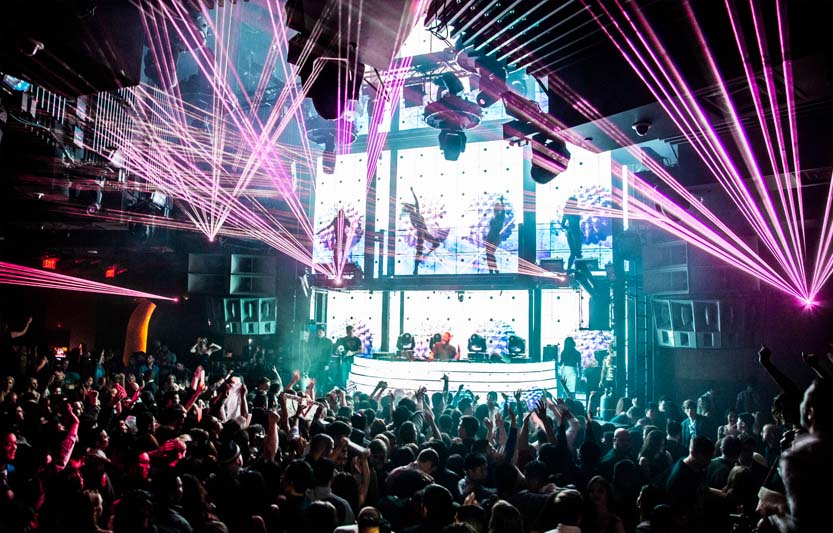 If we’re being completely honest, The Cosmopolitan itself is basically one giant nightclub. Trust us on this. So when they decided to get into the nightclub business and open Marquee, we knew that it was going to be nothing short of spectacular. The “main” club (yea, we have to clarify because this place is so frickin’ huge) comes packed with everything you’d want from a club: rad tunes, dance space and enough booze to satisfy a sailor. But like we said earlier, this place isn’t just one club. There’s the “Boombox,” a more private and intimate space. And there’s also the “Library,” and yes this is way cooler than the one from your school days. It’s a warmer space inside the club that is the perfect place to recover after cuttin’ a rug in the main club. Just remember to keep your maps app handy in case you ever get lost.
Omnia at Caesars Palace 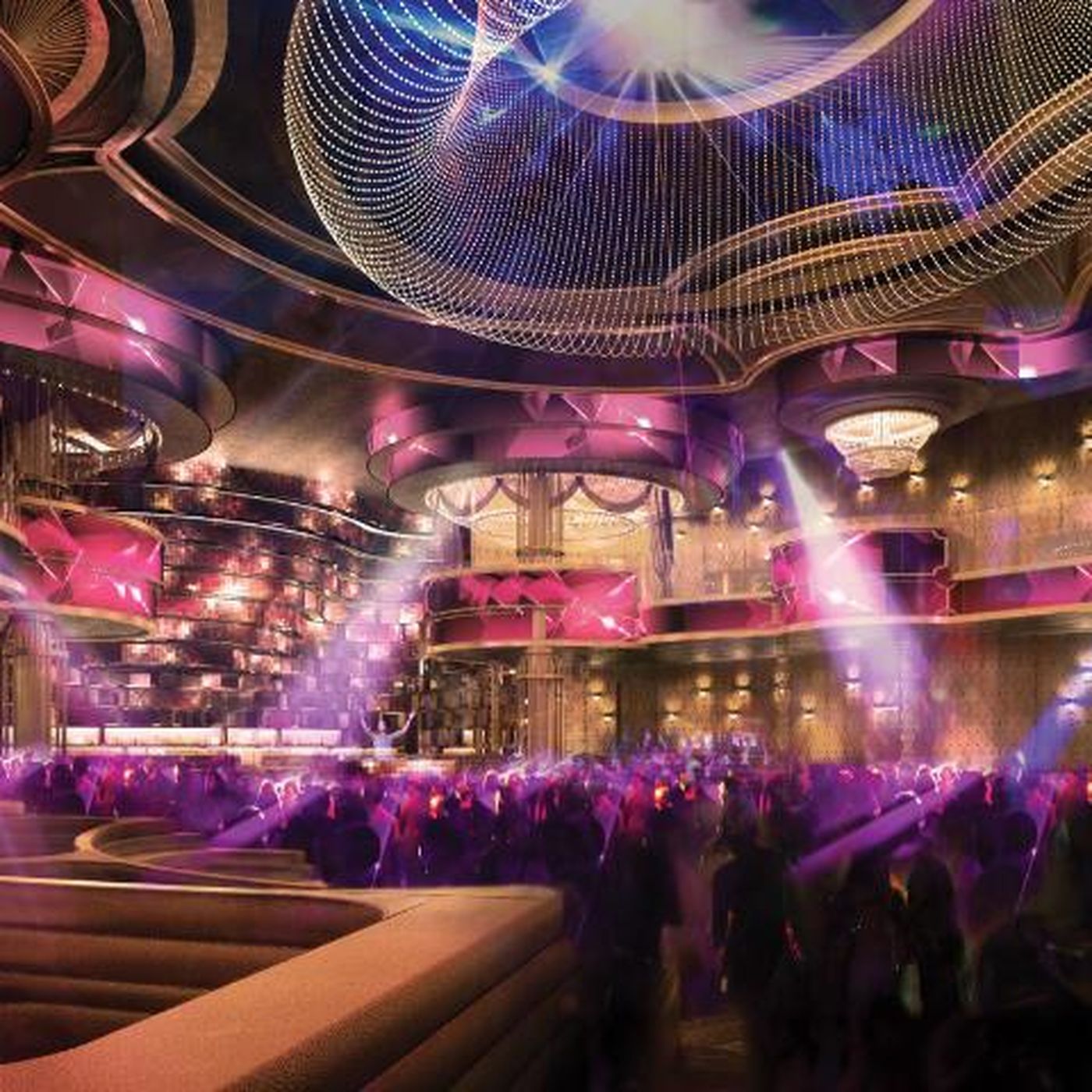 The mad scientists over at Hakkasan Group have done it again, and the third beast in their nightclub portfolio might just be the nastiest. Omnia was unleashed on Caesars Palace in 2015 and hasn’t stopped destroying the las vegas nightclub scene since. The first thing you notice after walking in is the giant spaceship-looking LED chandelier. Seriously, this thing might abduct you if you’re not careful. From there, mirrored panels, velvet curtains and Hakkasan’s Rolodex of premiere DJs make Omnia a sight to see. Oh, and if you ever need a breather- or you just want to party outside, Omnia has a patio that offers a pretty unique view of Las Vegas.
Tao Nightclub at The Venetian 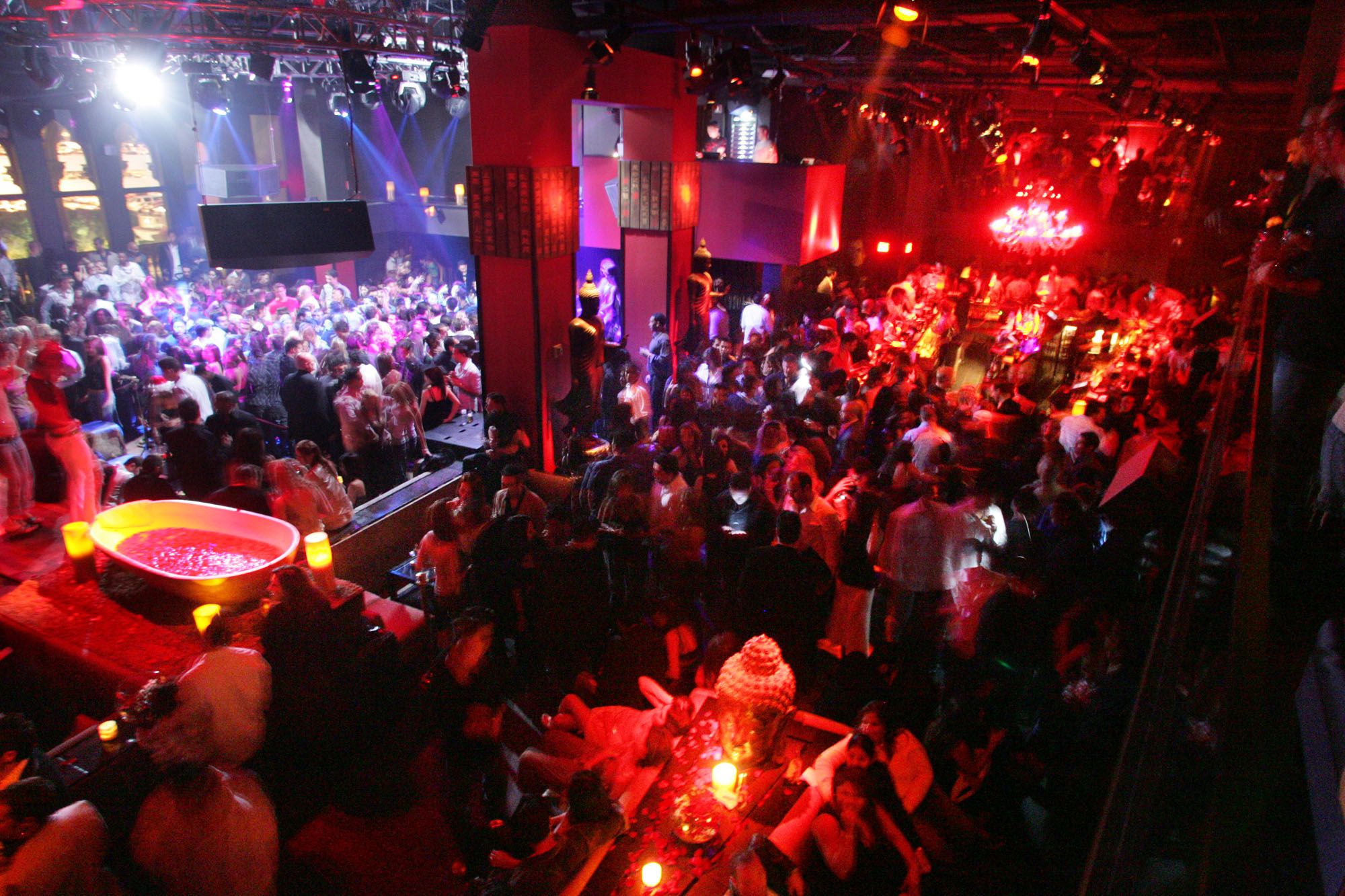 We’re so indecisive when it comes to what type of music we want to listen to, so it feels like Tao just gets us. Their 12,000 square-foot space is gorgeous and glorious with its Asian-inspired décor, but it’s their multiple rooms that play different music that has us hyped. You can literally catch an EDM song and then bounce over to the next room to get your hip-hop groove on; it’s a beautiful thing. And when you inevitably need a refueling to catch your second wind, just head downstairs to the Tao Restaurant below the club and scarf down some spicy tuna or a lobster wonton. Thank you, Tao. We can finally be our spazzmatic selves.
XS Nightclub at Encore at Wynn Las Vegas 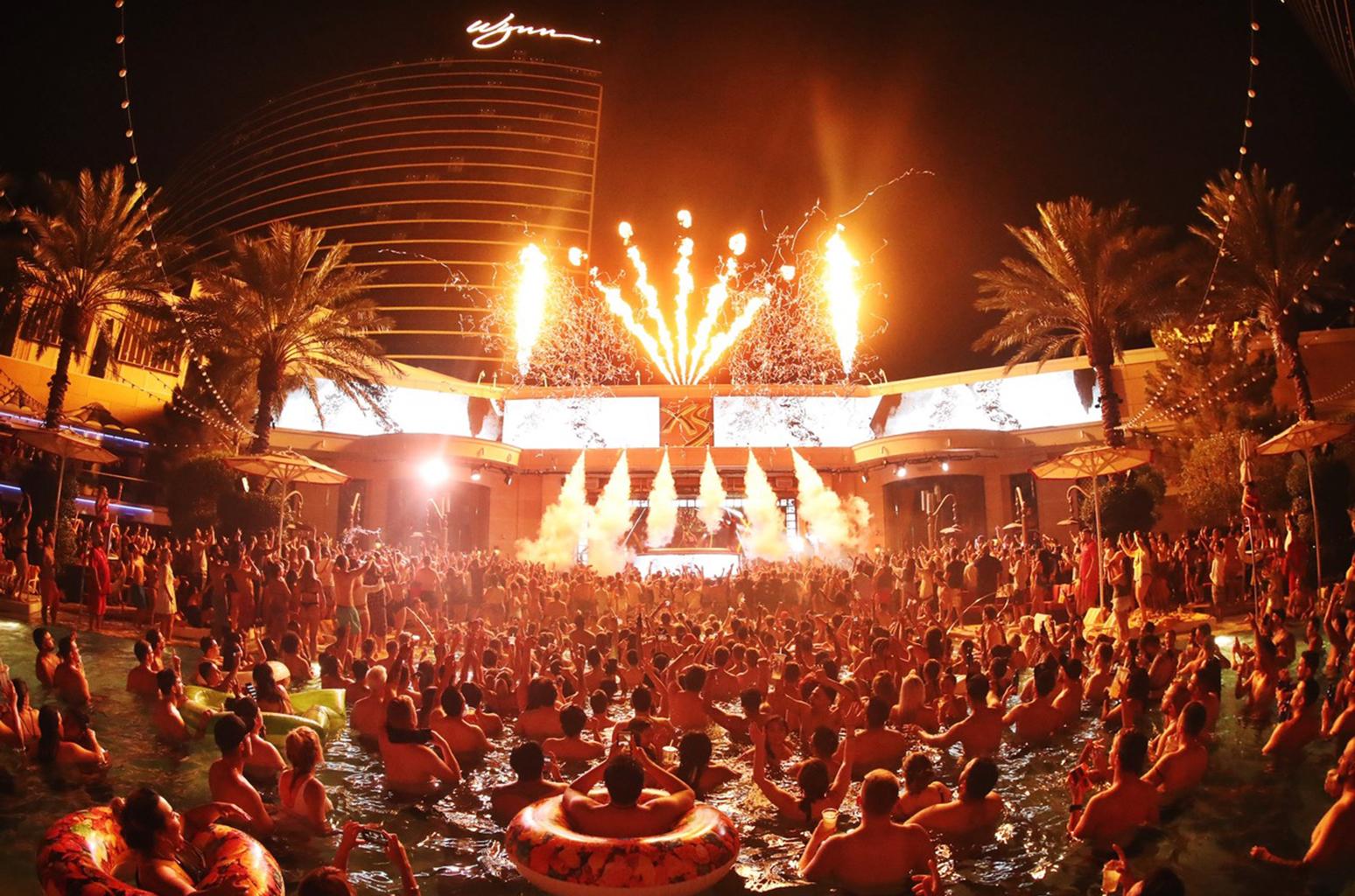 Did you know that XS was one of the most expensive nightclubs ever built? All of the gold scattered throughout the place (and the fact that it’s a Wynn property) should’ve put us on game. Extravagance and opulence are on full display here with golden statues of women, expensive looking lighting and tiny trinkets coming out of the wazoo. But XS is super practical, too. Their bars are big enough that you don’t have to duke it out for drinks and the dance floor gives you plenty of elbow room so you can get your groove on in peace. And hey, there’s even a little space that extends out into the pool area in case you’re looking to chat it up with that special someone. If you’re asking us, all of that money spent on this place was well worth it.

Tags: nightclubs usa
« Back to posts